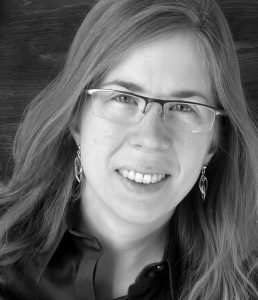 Composer Kathryn Salfelder (b.1987) engages late-Medieval and Renaissance polyphony in conversations with 21st-century techniques; she borrows both literally from chansons, motets, and masses, as well as more liberally from Renaissance-era forms and structures.

Kathryn teaches harmony and composition at New England Conservatory’s School of Continuing Education. Previously, she served on the faculty of NEC’s College division and as Lecturer in Music Theory at MIT. In her spare time, she can be found realizing figured bass lines and dabbling at the organ.

Your cart is empty